The story behind the brand

I’m a research scientist and I love research! I was a lecturer in the university and now a chartered scientist & chartered chemist in the UK with many research publications. I hold technology patents in the US, Japan and in Singapore.

What motivated my research on glucosamine?

As a scientist, I wanted to find out as much as possible about Glucosamine and to understand what really was going on.

Why is Glucosamine effective in the test-tube but not effective in human clinical studies? Our research team began to realize that the real problem was not with Glucosamine itself but with the delivery process of Glucosamine.

Urah formula is based on my biosurfactant patent in the US, Japan, and Singapore. The optimal Micellar Glucosamine formula was subjected to clinical tests in 20 hospitals in Singapore, and the result was published in a science journal in 2011.

I am happy to tell you that URAH Micellar Glucosamine cream is now sold in all the government hospitals and polyclinics in Singapore. It is already in Japan and expanding to other countries

We have won multiple awards and we are currently one of the top-selling topical Analgesic creams in Singapore.

We now have a dedicated manufacturing plant in Singapore. In 2020 we achieved the PIC/S (World Health Organisation) pharmaceutical GMP quality standards and certification. 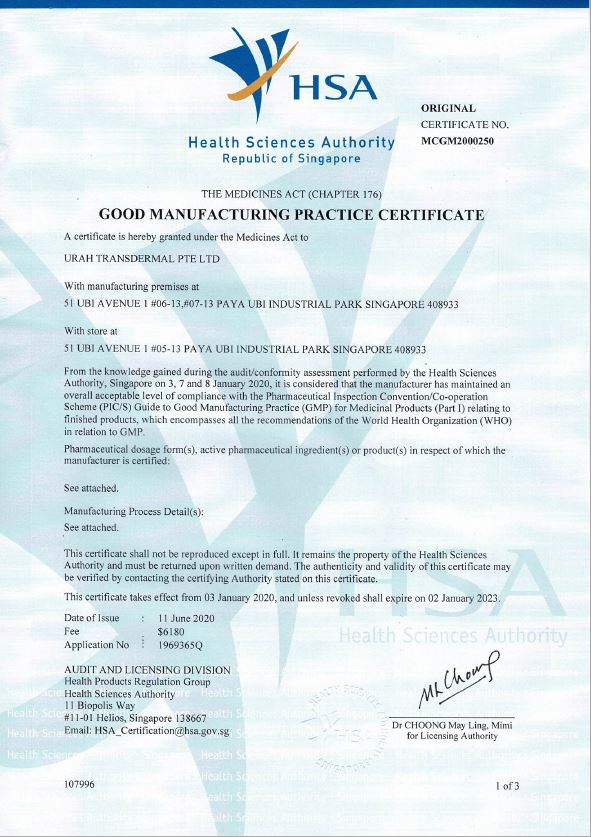 What is the vision for URAH?

Based on the feedback we are getting daily from users; I can tell you that URAH is like a jewel yet to be discovered. Urah Cream is a product that should be in Every Home. Children, working adults, sport lovers, and the aging parents all need Urah cream.

With our new manufacturing plant up and running, as well as GMP certified, we now have the capacity to bring URAH products to a broader audience and expand into many new markets.

Our business approach, be it right or wrong, is to over-deliver on the product promise and do it at a price that makes the product accessible for everyone. As more people become aware of Urah products and production increases, we hope to pass on the benefits of the economy-of-scale to the end-user in form of price reduction.

URAH philosophy about helping others is the reason for starting #URAH Superhero initiative to inspire people to help their friends and family who are struggling with pains and aches.

We all have a superhero within us. We encourage you to bring out the hero in you and help your friends, family, and loved ones to enjoy a more active lifestyle which in return will improve their overall health.

So, help someone today! Be a hero in your own community. Spread the word! #GetBackOnYourFeet with URAH!